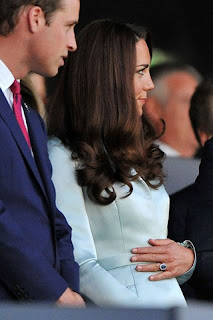 Kate Middleton, the Duchess of Cambridge, has spent her first night in hospital following the announcement yesterday that she is suffering from severe morning sickness and is the early stages of her first pregnancy.

The 30 year-old had her husband Prince William by her side until 8.20pm when he left the hospital on Monday evening. The Duke had himself drove the Duchess to the King Edward V11 Hospital in London, yesterday afternoon after she fell ill at the weekend with hyperemesis gravidarum a rare and serious form of morning sickness.

The pregnancy is believed to be in it's early stages with St James' Palace confirming that the Duchess has not yet reached the 12 week stage.

While little is known about the pregnancy it could be a sign the Duchess is pregnant with twins. Dr. Ashley Roman, a professor and OB/GYN at New York University Langone Medical Center told ABC news the condition happens more to mothers who are carrying twins, with a 7.5 percent higher risk


Members of the Royal family, who are said to be “delighted” by the news, were also in the dark over the pregnancy, with the Queen being told yesterday afternoon.

Congratulations have been flying in from around the world, with President Obama sending his best from across the pond. Jay Carney, press secretary to the US president said: "On behalf of everyone here in the White House, beginning with the President and the First Lady, we extend our congratulations..."


The Duchess is reportedly being treated by the Queen's former gynaecologist Marcus Setchell, who also delivered the Countess of Wessex's two children, Sky News reports.

St James' Palace has confirmed all Royal engagement for the Duchess in the coming week have been cancelled and she is expected to stay in hospital for the next few days.

Speculation over the child, which will one day be monarch regardless of it's sex, has already began with Elizabeth, the name of the current Queen a hotly tipped favourite as is Frances, the middle name of William's late mother Diana, Princess of Wales.
Posted by Unknown at 2:56 AM

The singer-songwriter tops Forbes' annual list of the 100 highest-paid celebrities with a whooping $170 million. She's ahead o... 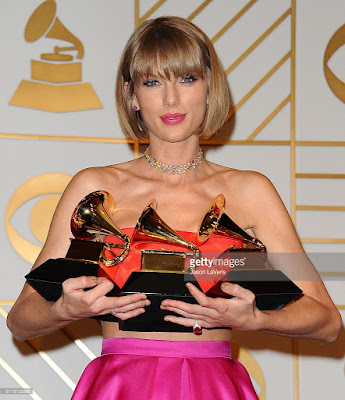